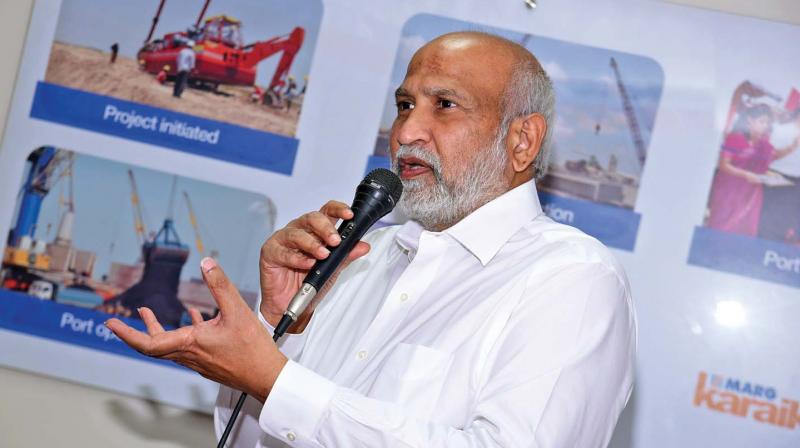 GRK Reddy the Chairman of the MARG group as grown to this height. He also faced many ups and downs in his life to attaining this success. He had reliable and trustworthy people who are the backbone for his success and that is GRK Reddy’s family members.

V.P. Rajini Reddy’s dream was to become an architect. She was inspired by her uncle in the real estate business employing architects. She tied the knot with GRK Reddy who had dreams of establishing MARG as a visionary brand. Rajini had a different thought and established a software training company and then moved into the outsourcing business of her own. A woman of extraordinary talent proved that her bold move in each situation made her stock rise to remarkable heights. Rajini’s self-confidence and determination resulted in taking over GRK Reddy's educational ventures. She handled the situation in a very professional way when GRK Reddy was kidnapped by the village mafia. He returned home safely after five days and that incident was a turning point in Rajini Reddy’s life. she decided to involve more in the MARG group operations.

Ma Foi Foundation was established by Latha and she took over the Internal operations.
Ma Foi got involved in several welfare projects, where their main focus on The underprivileged sections, especially in north Chennai, Empowering women was what Latha wants to come up with!! This made her initiate the idea to establish a micro-finance unit VARAM her dream. The Mai Foi also supports a rural healthcare initiative called Ekam Trust. Latha heartful financial support to this project reached each corner of Chennai and made a massive success. She didn’t stop there, found boys who love boxing and taken steps to train them with interest, and started an academy which is running successfully. Young Amudha wants to be sparkled with the achievement of setting a school called Canopy. She researched and designed a special curriculum that offered a unique experience to the kids as well as mothers, mainly connecting nature and the environment.
Now we can visualize the remarkable victory of GRK Reddy the Director of MARG group, his family strength where all join hands in building this remarkable emperor.

Get in touch with me via: info@marggroup.com